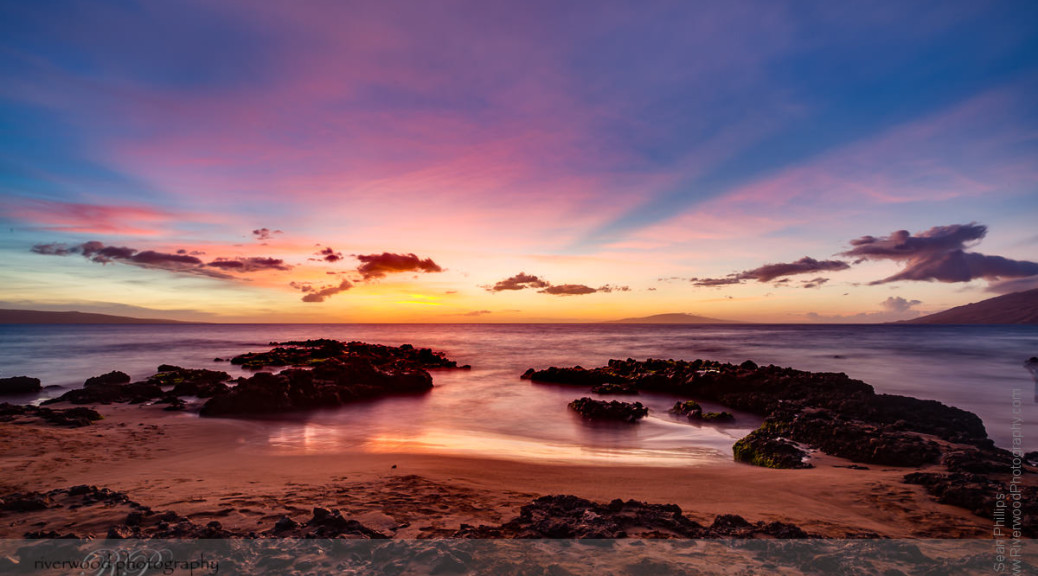 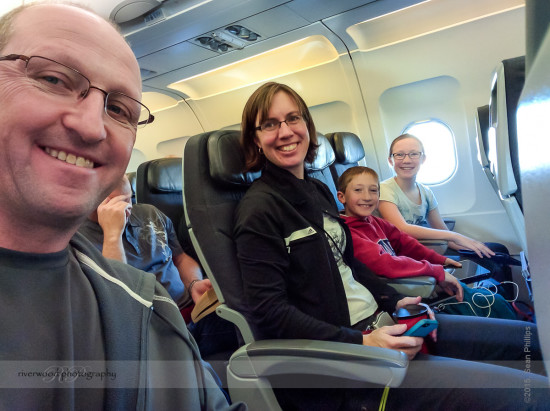 The next several posts will all feature images from our experiences during a family vacation to Maui in Hawaii. We stayed at a condo at the Kamaole Sands in Kihei and spent much of our time at the Kamaole Sands Beach Park III which was directly across the road from the condo. We spent a lot of time in and around the water at the beach, but also explored the surrounding region of the island…

We arrived on the island of Maui late at night and didn’t have access to the condo until the following day, so we booked a hotel close to the airport. As luck would have it the hotel was directly across the road from Costco, which we had planned to visit anyway to pick up groceries and other supplies for the week… 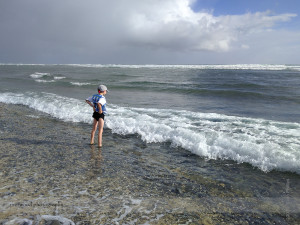 Unfortunately we couldn’t actually get into the condo until the afternoon so we had to kill some time in the morning. The good news is that Maui is a pretty great place to kill time! We started out by going for a big breakfast at IHOP before going for a drive up the coast to find a beach. The wind was howling on that side of the island so we got to witness some very impressive wave action and there were lots of people surfing on the next beach over.

We didn’t really go for a swim but we did stick our feet in the water. In an ongoing theme for the week Andrew was almost instantly covered in sand when we got to the beach. That boy can play in sand for hours and hours without getting bored!

We made our way back to town so that we could check out of the hotel and go to Costco. We bought most of the food and drinks that we expected to need for the week other than a few perishables and other items that we really didn’t need a Costco sized container of. The rest we picked up at a local grocery store in Kihei near the condo. 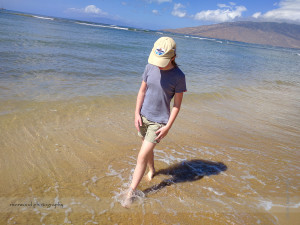 After loading up the car we hit the highway toward Kihei. We were still a little too early so we took the round about way there and stopped at another beach for a few minutes. It was much calmer on the south west side of the island and the water was beautiful. 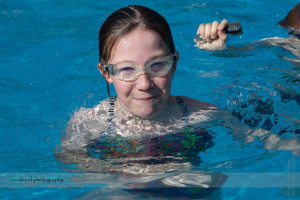 After a couple more quick stops (at Snorkel Bob’s to rent snorkelling equipment for everyone for the week and at Subway for lunch) we all really wanted to go for a swim, so we went directly to the Kamaole Sands to try to check in. Our unit wasn’t quite ready but we were able to get access to the property and got the codes for the gates AND the pool so we could go for a dip to cool off! 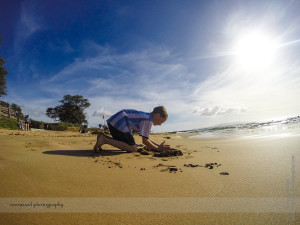 When we got word that the unit was ready we moved in as soon as we could. We quickly unpacked and put the groceries away, and then made our way to the beach for the rest of the afternoon. The condo unit was well stocked with beach chairs, mats, beach towels, boogie boards, and even a nice supply of buckets and shovels for playing in the sand. 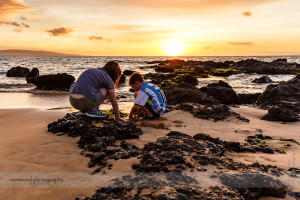 We stayed at the beach most of the afternoon, and then returned to watch the sunset. Sunset in Hawaii in November is pretty early (between 5:30 and 6:00) and it goes fast. If you plan to take pictures you need to be there early (in case the sun disappears into a cloud bank on the horizon) and be ready for it to happen at any time. I’m glad I was ready because the sunset on that first day was the nicest one we saw all week. Don’t get me wrong, it was beautiful every day, but the first one was really impressive with lots of color in the sky.

It gets dark really fast after the sun goes down so we went back to the condo for some dinner. The kids and I had a quick dip in the pool after dinner and then we all went to bed relatively early. It had been a long day, most of which we spent outside in the sun and the water so everyone was very tired!

Here are a few more images from Day 1: