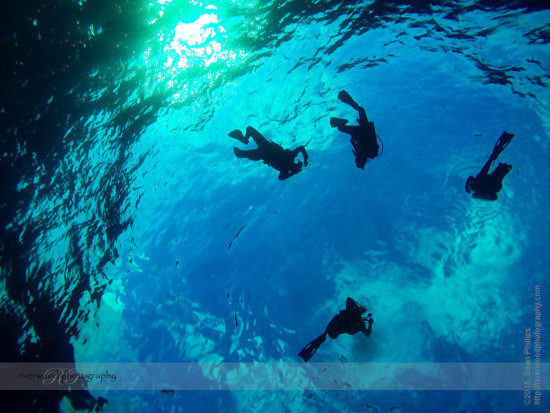 This is the 3rd in a series of posts featuring images from our experiences during a family vacation to Maui in Hawaii. We stayed at a condo at the Kamaole Sands in Kihei and spent much of our time at the Kamaole Sands Beach Park III which was directly across the road from the condo. We spent a lot of time in and around the water at the beach, but also explored the surrounding region of the island… 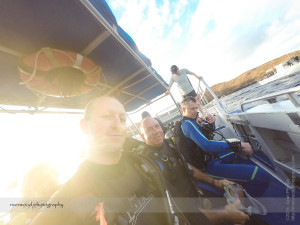 This was a big day for me as it was my first opportunity to go Scuba Diving in 7 years. And it was worth the wait! Molokini is a partially submerged volcanic crater that is home to an incredible reef that is teeming with sea life. The remaining walls of the crater protect the reef and its human visitors from the worst of the ocean waves and currents, which has allowed the reef to flourish.

The crystal clear and very blue waters around the crater resulted in some of the best visibility I have ever had while scuba diving. Our max depth was near 80 feet and we could see the boats on the surface and the other groups of divers in the area like they were right beside us. We saw a wide variety of coral that I’ve never seen before, huge schools of fish, and a small cave that was home to 3 baby white-tipped reef sharks.

The second dive of the trip was much closer to shore, and a totally different experience. The 5 Caves dive is known for a series of underwater arches that divers can swim through and explore. The coral reef in the area is not especially beautiful, but the area is home to large turtles and white-tipped reef sharks. 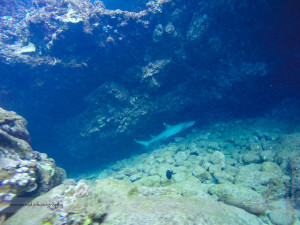 The two most exciting parts of the dive for me were swimming through Toilet Bowl (so named because it is practically impossible to see through the bubbles in the water as waves surge through arches) and exploring the Bubble Cave.

To enter the Bubble Cave divers have to swim about 50 feet through a lava tube and into a large cave with an air bubble at the surface in which you can remove masks and regulators. The pressure surge as the waves move in and out causes a hissing sound in the air, your ears to pop, and the air inside the cave alternates from foggy to perfectly clear with every wave.

On the return trip back to the dive boat we found another cave that was home to several large turtles and a pregnant white-tipped reef shark. It was a great end to an amazing dive trip! 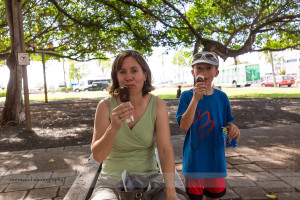 The drive boat left shore before sunrise and even though it was a 2 tank trip we were back well before lunch time. I met Louise and the kids at the beach near the condo and we all went back for lunch together before packing up to go exploring the island… 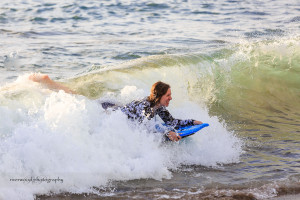 We drove from Kihei up to West Maui which took us through Lahaina and on to Kaanapali Beach. We stopped in Lahaina to do some shopping and to explore the town. There’s a massive banyan tree in the center of the town square that provided some nice shade and was a beautiful place to enjoy an ice cream treat. 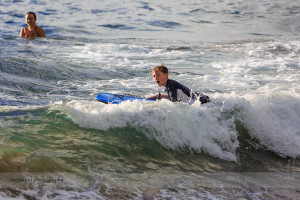 We had hoped to go snorkeling at Black Rock on the north end of Kaanapali Beach which is renowned for clear water and a beautiful reef. Unfortunately parking was impossible to find and we ended up backtracking to a more accessible spot further down the beach. We spent the afternoon there boogie boarding and playing in the sand, and stayed for a picnic dinner on the beach. We also got to enjoy another great sunset in paradise! 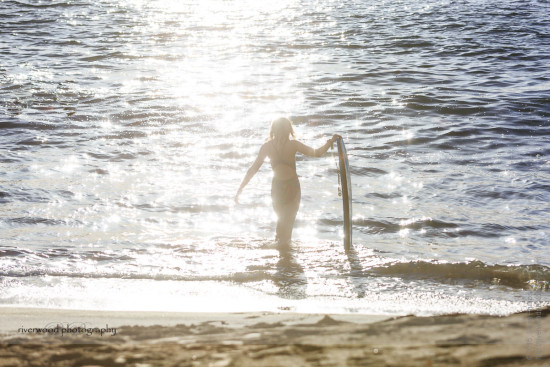 Here are a few more images from Day 3: