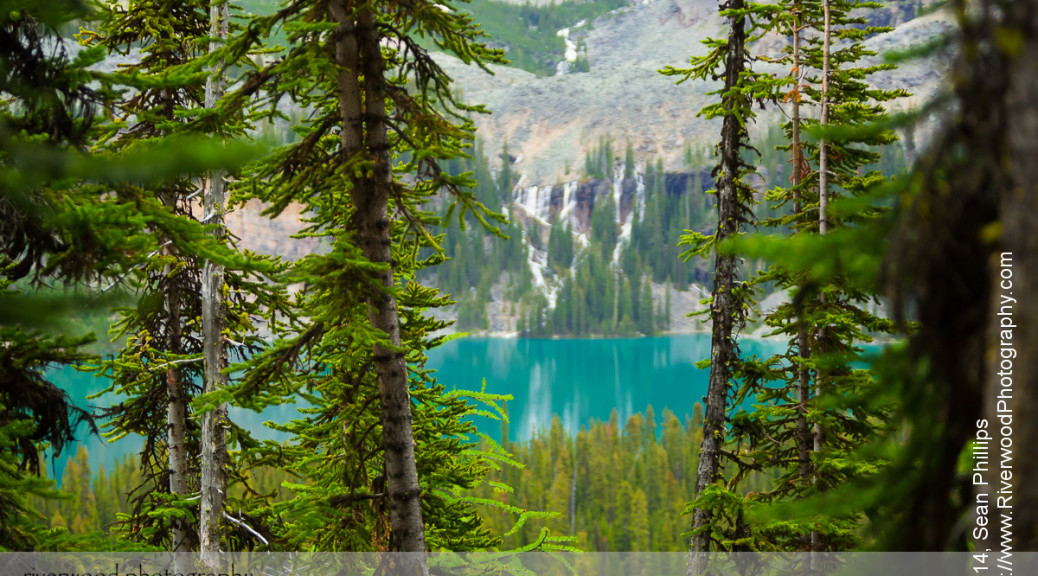 This is the 2nd of 3 articles about our recent trip to Lake O’Hara in Yoho National Park. 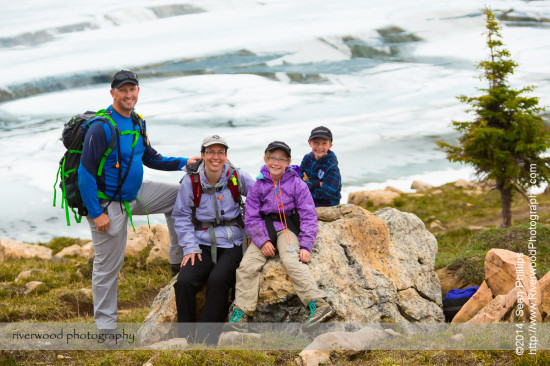 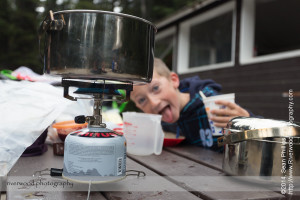 Eating breakfast while camping (or any other time) is one of my favorite meals. When car camping we usually do the full meal deal; bacon, sausage, pancakes, and more! But when “backpacking” it’s a little harder to take all the ingredients for a big meal. And doing the dishes afterward is often very painful. Fortunately with some advance planning it’s still pretty easy to have great food while camping.

For this trip I pre-cooked bacon and sausages and prepared all the ingredients required for breakfast burritos. We made this even easier by putting all the ingredients into ziploc bags which we placed into a pot of boiling water to cook. After about 5 minutes you can empty the bag into a tortilla wrap, top it with cheese and any other fresh ingredients you like, roll it up, and eat. We had plenty of other envious campers eyeing up our breakfast! 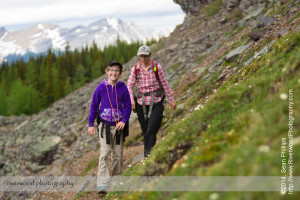 Although the Parks Canada staff had told us that many of the trails in the area were still snowbound (late June is very early in the season in a normal year, and spring was really late this year) we heard from other campers that the trail to Lake McArthur was in great shape and only had a few short snow covered sections. Furthermore we heard from a few people that they had seen Mountain Goats on the upper ledgers near Lake McArthur so we decided to head there for our 2nd day of the trip. We definitely found some snow, but nothing that was very difficult or that made us regret the decision! 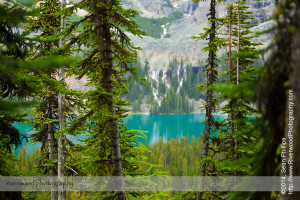 There are several routes and combinations of trails that you could choose to go from Lake O’Hara up to Lake McArthur. We chose to head out on the Big Larch trail after reading that many sections of it had been rebuilt the previous summer. All the trails in the area are in great shape anyway, but this one was particularly amazing. The trail traverses up through a massive rockfall area and the trail crews had gone out of their way to provide a beautiful path through 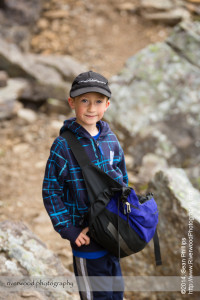 the boulders and scree slopes. It was quite steep with plenty of switchbacks but there were also lots of great views of the surrounding peaks and across the valley to Lake O’Hara and Seven Veils Falls.

The Big Larch trail ends at Schaffer Lake, at which point we had the choice of the McArthur Highline or the Low Level trail. We decided to make a circuit of it and did the Highline trail first. This turned out to be a very good decision because it’s always mentally easier to go up a very steep trail than it is to go down. Louise has never been strong with heights and did not enjoy looking down into the valley from the top of the highline. The return trip down the low level trail was also very steep in sections, but it was much more of slope rather than a drop off and it was far easier mentally…

As we typically do we stopped for lunch once we reached the lake. It was a wee bit chilly at the top of the mountain so we didn’t stay long, but we did find lots of Hoary Marmots, several Pikas, and a few other ground squirrels near the lake. It was a great place to enjoy a hard earned meal. 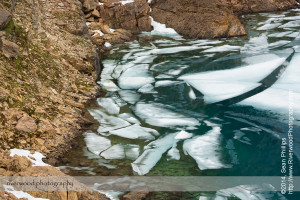 Lake McArthur itself was still almost completely frozen and there were only a few sections of open water. Those sections are filled with the most brilliant blue water that I’ve seen. Unfortunately it was a very cloudy day and so the area was not nearly as photogenic as it would be on a nicer day. It was still very beautiful and the valleys are filled with some of the biggest larch trees you’ll find anywhere. The potential for amazing photos is very obvious and we plan to go back in the fall to see the larches when they turn yellow!

On the return trip from Lake McArthur down the Schaffer Lake we came across a pair of White-tailed Ptarmigan eating in the grass. Although not exactly uncommon, Ptarmigan are rarely seen by hikers because they are so well camouflaged. In fact I walked right past them without even noticing them and it was Melanie (who was at the back of the pack) that saw them and called the rest of us to stop. 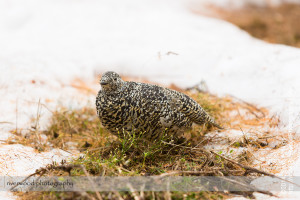 They are very interesting birds to watch and at first they hardly even seemed to care that we were there, they just went about their business. We stopped to watch them for a long time and eventually it became obvious that they weren’t very happy about it so we left them alone. Not before I took about a hundred pictures though! 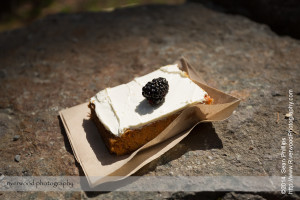 I forgot to mention it in my Day 1 post but one really nice feature available at Lake O’Hara is Le Relais. This is a small cabin that has maps, books, photos, and plenty of other information about the area available, and relatively up to date weather forecasts and trail conditions. They also have coffee, ice cream, and fresh cheesecake available to purchase! We took advantage of this every day and sampled both the cheesecake and the ice cream, and made use of the books in the cabin to try to identify some of the birds and alpine wildflowers that we saw on our hikes. It was really nice to be able to stop there at the end of a long hike and relax with a great snack!

As I mentioned before, it was a pretty cloudy day on day 2 and as a result I made very few “scenic” images. I instead focused on the family and the wildlife. See below for a few more pictures from the day, and check back soon for more from the rest of the trip. 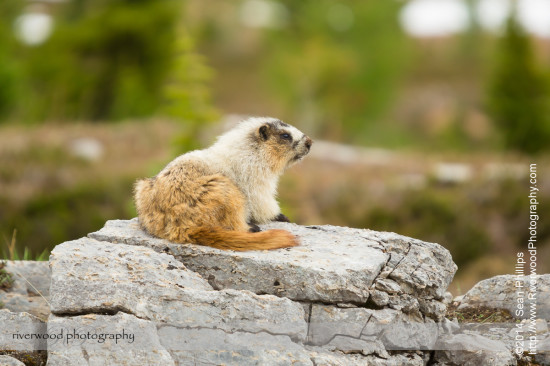